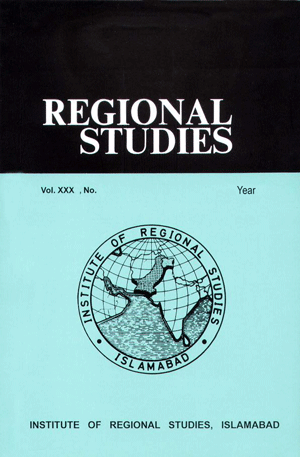 Regional Studies is a quarterly journal. It covers a wide spectrum including foreign and internal affairs, economy and industry, science and technology, sociocultural aspects and security related issues. The countries that fall within the purview of the study are India, Pakistan, Bangladesh, Sri Lanka, Nepal, Maldives in South Asia, Afghanistan, Iran and the Gulf States in Southwest Asia and five republics of Central Asia, beside China and Indian Ocean.

Scholars who have an interest in the regional affairs are invited to contribute to the IRS journal.
Submission Guidelines
Aarish U. Khan
Editor
Email: editorirs@gmail.com
Back to recent

Families and Political Recruitment in Minor Political Parties in Bangladesh 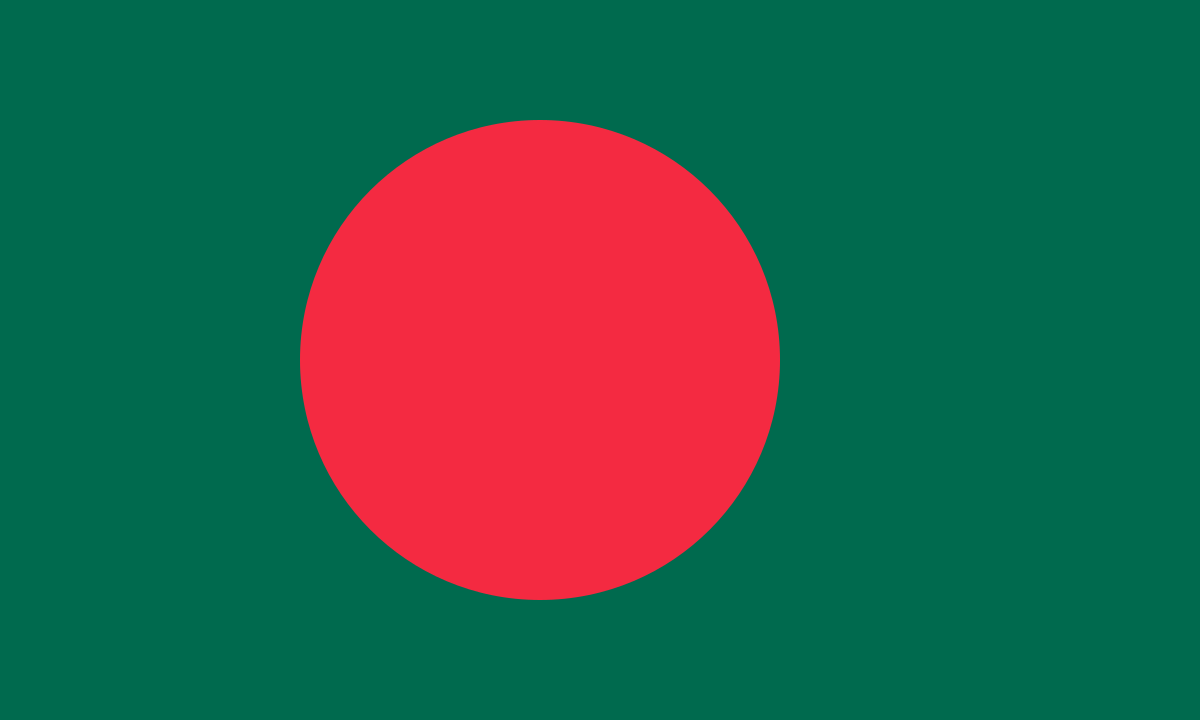 Political dynasties play an important role in several modern states. There has been a remarkable increase in the role of families in political parties and politics not only in Bangladesh but also in the whole world. No country in South Asia is immune from the dominance of families in politics. Bangladesh is not an exception in this regard. More or less, each and every political party has a dynastic leadership. Families play a role in leadership recruitment not only in the major parties but also in the minor ones in Bangladesh. This paper assesses the role of families in leadership recruitment in the minor parties in Bangladesh. An attempt has been made here to give a description of recruitment of leaders of some minor parties in Bangladesh from the members of the families of the powerful leaders of those parties. This paper claims that control by families of most minor parties has its material, psychological, and anthropological roots as these parties are primarily an extended clan of the principal leader of these parties.
jmp

GEOPOLITICS OF RCEP AND SINO-AMERICAN COMPETITION IN THE ASIA-PACIFIC 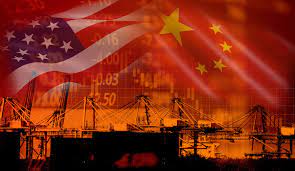 RCEP consolidates the strategically sensitive Asia-Pacific Region into the world’s largest free trade bloc, where China is rising under the sceptic observation of the United States and its likeminded allies in the region. The newly signed agreement offsets the externalities of the Noodle Bowl Effect of multiple free trade agreements under ASEAN+1 formula as well as enhances regional economic integration. The RCEP, on the one hand, gives China the opportunity to link regional economies including those of the regional opponents like Japan and South Korea. This helps China to discourage the US-led regional opposition to its rise in the Asia-Pacific Region. On the other hand, the substantial neglect towards multilateralism may weaken America’s position vis-a-vis China, in addition to direct and indirect implications. Therefore, the paper looks into the strategic importance of the RCEP and its role in shaping the relative influence of both the great powers i.e. China’s rise and declining credibility of the American opposition to it. It attempts to address the following questions: what is the RCEP and its role in regional economic integration? How does the RCEP bring economic and geopolitical benefits for China? Why is the RCEP a precursor to the decline in the US influence in the Asia-Pacific Region? And what are the fundamental contours of the RCEP in shaping geopolitical trends across the Asia-Pacific region and its impact on the Sino-American geopolitical competition? The paper concludes that a successful RCEP amplifies the strategic ambiguity among regional US allies and strategic partners in their commitment to counter China and will further weaken the credibility of the American efforts to contain China’s rise in the Asia-Pacific region.
jmp 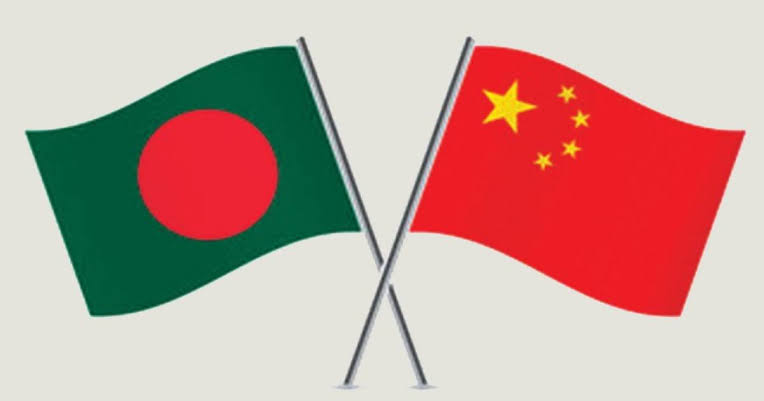 In recent years, Bangladesh-China economic relation has emerged as a strong and mutually beneficial relationship due to steady development. Bangladesh and China have expanded their economic cooperation in infrastructure, transportation and communication, information technology, power, maritime, and other sectors. Chinese investment, assistance, and cooperation are being carried out on the basis of equality, mutual benefit, and economic development. Both Bangladesh and China are trying to develop and employ innovative ideas for increasing economic engagement. As a result of this, it is expected that in the near future Bangladesh-China economic relation is going to emerge as an obligatory part for each other’s economic development. To ensure mutual and faster economic development, both sides are giving importance to economic investment, projects, and partnerships. In the process, several potential sectors have been identified which can play an important role in increasing investment as well as for engaging in new projects. This paper gives a descriptive view of Chinese investments, projects, and partnership on the economy of Bangladesh and at the same time assesses the scope and prospect of Chinese investment, projects, and partnerships in recent years.

PAKISTAN’S BLUE ECONOMY AMID INCREASING MILITARISATION IN THE INDIAN OCEAN This study focuses on the potential of ‘blue economy’ for Pakistan given its unique geography and considerable coastline with resources like fish, islands, beaches, ports, etc. Pakistan has yet to fully tap the economic potential of its maritime resources. Among various causes of the under-utilisation of the land and maritime connectivity for the country’s economic development are the regional fault-lines, i.e., Kashmir and Afghanistan, and power competition in the Indian Ocean, which impacts developing countries like Pakistan. The bilateral trade between India and Pakistan is the lowest among all the South Asian countries whereas both countries spend huge amounts on defence procurement from extra-regional countries. The strategic triangle between India, China, and Pakistan and growing alliances in the Indian Ocean Region (IOR) also have a significant impact on the prospects of the ‘blue economy’ for Pakistan. Due to its security-centric foreign policy, Islamabad missed many economic opportunities. If developed sustainably, the country’s blue industry has the potential to strengthen and stabilise the economy by creating an enormous amount of trade and employment opportunities not only for Pakistan but also for neighbours and landlocked Central Asia and Afghanistan.

The trade deficit between Pakistan and China has been expanding for several years for a variety of reasons with serious repercussions for Pakistan’s economy. This paper aims to suggest policy options for Pakistan to address this issue. It analyses quantitative and qualitative information regarding Pakistan’s economy and trade figures with China. Many of the issues in promoting Pakistan’s exports have been highlighted. Given the significance of the China-Pakistan Economic Corridor (CPEC) in determining future economic ties of both countries, its impact on boosting Pakistan’s export potential, and challenges have been elaborated. The paper also discusses the promise of the economic transformation in China for Pakistan. A number of recommendations to reduce the trade deficit with China have been offered but the paper also attempts to explain why they may not be enough. That said, there is still plenty to gain for Pakistan from its economic relationship with China and it can certainly be sustainable.
Download Journal